Libra and impacts on Thailand

The official announcement of new digital currency “Libra” by Facebook and its 27 partners last month has heightened regulatory concern for authorities around the world. The move to create its own cryptocurrency platform by global tech heavyweights, may echo a new era of financial disruption.  Authorities around the world including Thailand are now assessing its possible impacts to the country in various aspects.

Libra is a stable coin digital currency based on value of its underlying asset. It was created by Libra Association including Facebook and other 27 founding members of the world’s leading companies such as Visa, MasterCard, PayPal, eBay and Uber.Each member of the association will have equal voting right. This cryptocurrency is set to operate in 2020 and aimed to be a digital money which people can use conveniently worldwide with almost zero transaction fees. When comparing with Bitcoin, both Libra and Bitcoin are digital money designed to allow users to exchange directly online. Libra, unlike Bitcoin, was aimed to have a stable value, backed up by a basket of international currencies, such as the dollar, euro and yen. Facebook said it intended to create a payment network by developing an online ecosystem where users can send money and house transactions, while Bitcoin has been regarded as more of an investment and store-of-value for speculation like “a digital gold”. 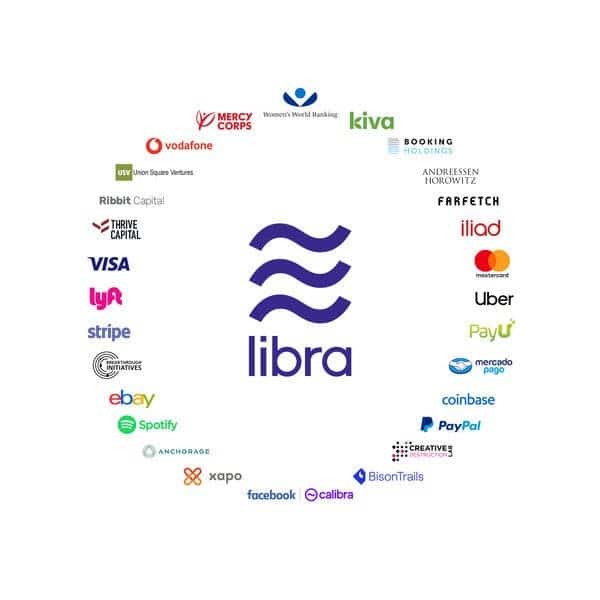 Powered by blockchain technology, Libra was expected to offer almost all of the 2.7 billion users who are now on Facebook Messenger and WhatsApp services. Facebook has also set up a subsidiary, Calibra, a regulated subsidiary, to make Libra available to its users and safeguard separation between social and financial data. Libra will eventually be governed by Libra Association, a membership organization founded by Facebook’s subsidiary Calibra and 27 founding partners across payment, technology, telecommunication, online marketplace, venture capital and nonprofits.

The Securities and Exchange Commission (SEC) of Thailand held an academic seminar titled “Libra, the brave step of Facebook: Step into a new world without borders”, addressing the consequences of Libra’s implementation and impacts on Thailand. It concluded that Libra can be opportunities and challenges for the country in every sector. This effects can be concluded as pros and cons as follow:

More convenient payment system. Due to more than 2 billion users of Libra partner platforms worldwide, this new cryptocurrency will create a vast impact on global financial system, especially for transferring money across border between individuals. Libra can be more effective than existing platform as any individuals, who are currently on existing partner platforms such as Facebook, PayPal, Uber and Whatsapp, can instantly transfer money to other users anywhere anytime. Its easy access can be compared to the way people send an icon on communication application. For more than 40 million social media users in Thailand, Libra can become a more convenient way to pay online, transforming e-commerce to become social-commerce where people can generate transactions via social media or other common platforms. Through Libra, small and medium sized enterprises (SMEs) in Thailand can have easier access to any global online-commerce. This is especially beneficial to those Thai SMEs that are currently struggling to gain affordable access to global trading system.

Lack of control and regulatory options by national government Since there will be no intermediaries or acquirer, Thai government without strong technical knowledge and state-of-the-art monitoring system may not be able to collect sufficient information to accurately determine its position and create appropriate financial and fiscal policies. Government could lose their power of taxation, and perhaps their legitimacy to govern. Consequently, not only the government will lose the opportunity to collect tax, but it will lose the authority to detect fraudulent actions or money laundering both inside and outside the country. The latter will massively affect the stability of the economy. However, instead of banning or blocking this, Thai government should closely examine to find the best way to manage risk, especially systemic risk, including creating appropriate policies to protect consumers and the whole country. For legal and regulatory issues, Libra can be seen as a challenge for regulators around the world. For Thailand, the supervision of Libra using currently existing laws in the financial sector seems to be difficult and requires additional considerations such as 1) whether Libra can be considered as money, 2) who should be the authorized reseller and 3) whether it can be supervised and regulated under the relevant laws. It may be necessary to rewrite or issue additional laws to support supervision and regulation of Libra.

Losing of monetary autonomy of the country. Using Libra currency may cause Thailand to risk losing its monetary independence or monetary autonomy. If Libra occupies a large proportion of deposits and plays a role in lending, the transmission of monetary policy to the real economy through banks or domestic financial institutes may be significantly reduced. In the worst-case scenario, country will lose its independence in monetary policy and cannot control its money supply and inflation. As a result, Thai financial and banking sector will be directly affected by Libra. This would accelerate the need for those financial institutes to reinvent new business model that can cope with the new financial paradigm, that being driven by Libra.

Assessing the EU-Vietnam Free Trade Agreement By Ana Maria Pedraza Serrano | June 10 2020, 8:51 PM SGT    Europe has been emphatic on the importance of the ASEAN region for its trade policy and approached this will through bilateral discussions on Free Trade Agreements with the region’s major economies such as Singapore, Malaysia, Vietnam, […]

Malaysia’s Political Standoff – What Now? By Edika Amin | June 2 2020, 12:40 AM SGT    On 29 February, The King appointed Bersatu President, Muhyiddin Yassin as the new Prime Minister of Malaysia. This came as a shock to many as at that time we all thought he was in support of the Party’s […]

COVID-19 in Thailand: Current Situation, Government Responses and Way Forward By Dr. Suthikorn Kingkaew | May 23 2020, 7:50 PM SGT   CURRENT SITUATION Thailand is one of the countries that has been successful in handling the COVID-19 pandemic with the confirmed cumulative cases at 3,040 (with 2,916 recovered) and 56 deaths as of 23 May 2020. […]