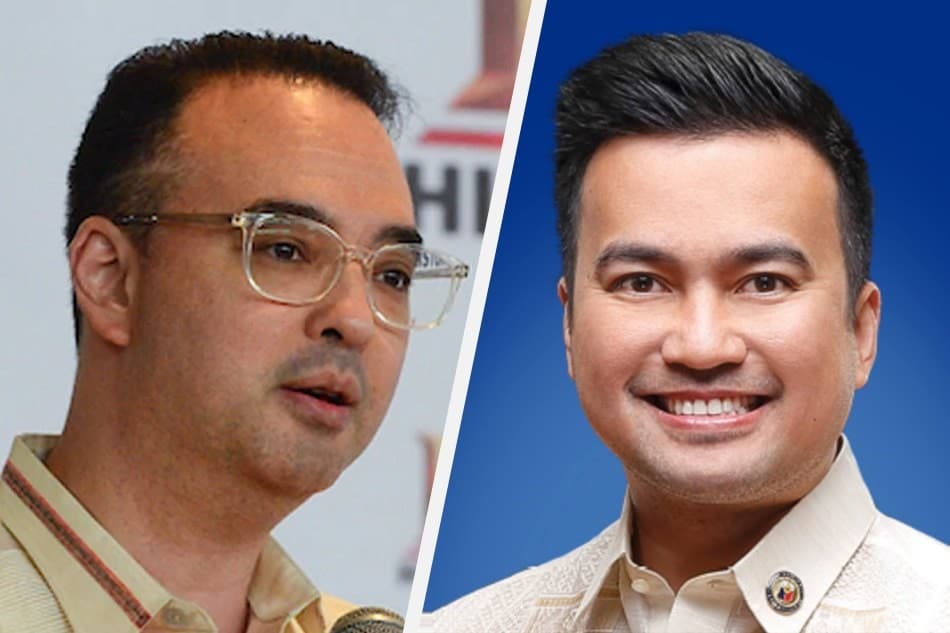 A power struggle between two prominent allies of President Rodrigo Duterte’s supermajority in Congress is battling out these past few weeks on who gets to be the House’s Speaker till 2022. The commotion has caused delays to the on-going budget hearings for the country’s 2021 General Appropriations Bill (GAB) geared towards the government’s COVID-19 response.

In 2019, Representatives Alan Peter Cayetano and Lord Allan Velasco, both important allies to President Duterte, were already vying to be House Speaker. However, both did not come to terms, which led them to seek advice from the President. After a seemingly successful meeting with the Chief Executive, a gentleman’s agreement was formed. Rep. Alan Peter Cayetano would become House Speaker for 15 months or until October 2020, while Rep. Lord Allan Velasco will replace Cayetano and become the House Speaker until 2022 for the duration of the 18th Congress.

House Speaker Cayetano was President Duterte’s vice presidential candidate in the 2016 national elections. He only ranked third in the 2016 race. Later on, he was appointed as Secretary of Foreign Affairs from 2017-2018. He ran for Congress in 2019 representing the Taguig City-Pateros district, while his wife, Lani Cayetano, is also serving as a congresswoman of the Second District of Taguig. Meanwhile, Representative Lord Allan Velasco is the current representative of the lone district of Marinduque. He is close friends with Davao City Mayor Sara Duterte, the daughter of the President.

Fast-forward to 2020. Tensions are getting high in Congress because of the on-going budget deliberations, while House Speaker Cayetano’s allies suggest discontinuing the agreed-upon turnover in solidarity with the government’s COVID-19 response. However, as the “gentleman’s agreement” was heavily publicized, it would tarnish the integrity of the lower House if the agreement did not push through. Previously, House Speaker Cayetano had accused Rep. Velasco’s camp of attempting to oust him. According to the Speaker’s critics, Cayetano staged his problems to gain sympathy and keep his House Speakership heading towards the 2022 national elections where Cayetano will most likely run for President.

In a bid to keep things on track, President Duterte met with House Speaker Cayetano and Rep. Velasco on September 29 to settle their dispute once and for all so they could focus on passing the proposed budget for 2021. Both agreed that the turnover would be conducted on October 14, 2020.

Unfortunately, after they met with President Duterte, House Speaker Cayetano conducted a dramatic privilege speech where he criticized Rep. Velasco and offered to resign. However, Cayetano’s allies refused to accept the offer and administered voting that cements Cayetano as House Speaker. A total of 184 out of 299 members of the lower House supported Cayetano. According to critics, those legislators in-favor of Cayetano may have preferable budget insertions for their districts in 2021, which is crucial nearing towards the 2022 national elections.

Despite Speaker Cayetano’s allies gaining control, Rep. Velasco did not give up. He continued to urge Cayetano to push through with the agreement, while also accusing him of holding the 2021 budget hostage to remain in power. Despite President Duterte’s emphasis on getting Congress to focus on the budget hearings, Rep. Cayetano’s supporters continued with their politicking ways by electing to remove Velasco’s allies in key congressional committee positions and for railroading the proposed budget to be immediately approved. As soon as the 2021 GAB was approved on the second reading, Cayetano’s allies moved to adjourn the session until November 16, which meant that the Congressional sessions would be suspended and override the October 14 scheduled turnover of the House Speakership to Rep. Velasco. It led the President to call Congress in a Special Session from October 13 to October 16 to concentrate solely on the much-needed budget deliberations. President Duterte also threatened Congress that he would do something about these problems if Congress did not fix their mess.

On October 12, staged by the allies of Rep. Velasco and probably with President Duterte’s help, 186 legislators, or a majority of 299 members of the House of Representatives, have elected Rep. Lord Allan Velasco as the new Speaker. The election happened in a session outside the House of the Representatives, deemed illegal by Cayetano’s allies. However, the following day, the House of Representatives ratified the preference of Rep. Lord Allan Velasco as the new Speaker. Meanwhile, Rep. Alan Peter Cayetano verbally offered his “irrevocable resignation” as Speaker. President Duterte welcomed the recent developments as the lower House could move on and focus on tackling the budget needed for 2021.

Although the fight over the Speakership seems to be nearing its end, the issue between Representatives Cayetano and Velasco is far from over. The power struggle between two allies in the House of Representatives has already disrupted the much-needed budget deliberations to boost the country’s response to the COVID-19 pandemic. If not resolved, the delays caused by politicking in the lower House could leave a concise amount of time for the Senate of the Philippines to examine and revise the budget proposal before the end of the year. Unfortunately, there is a possibility that Congress could fail to pass the 2021 budget on time, which means that the funds planned for 2020, which is smaller and undoubtedly not designed for the pandemic, will most likely be reenacted. As of writing, the Philippines has now reached the top 20 with the most COVID-19 cases globally, which means it is crucial for Congress to step-up and approve the budget needed to cater to the Filipino people impacted by the pandemic’s adverse effects.

Don’t Speed … and … Could I have your phone?

By Ashish Lall | January 20 2021, 01:30 PM SGT Photo by melissa mjoen on Unsplash Incumbent firms almost always feel threatened by new technologies, at least in the first instance. Protagonists of new technologies add to these fears by using words such as ‘transformational’ and ‘disruptive’. It’s no wonder the post office thought that […]

How Digital Currencies Can Improve Financial Inclusion in Southeast Asia

By Brandon Chye | January 18 2021, 01:00 PM SGT Photo by Austin Distel on Unsplash A Primer to Digital Currencies Southeast Asia is at the forefront of innovation in several major payment technologies. One of the most significant of these is retail central bank digital currencies (CBDCs).[1] At first glance, this development may seem […]

By Aarthi Raghavan | January 06 2021, 05:00 PM SGT Photo by Alesia Kazantceva on Unsplash We recently reached the end of a chaotic year filled with uncertainties. For most of us, 2020 symbolized a loss of lives, loss of jobs and global political and economic shifts. However, surprisingly the year has also accelerated digital […]